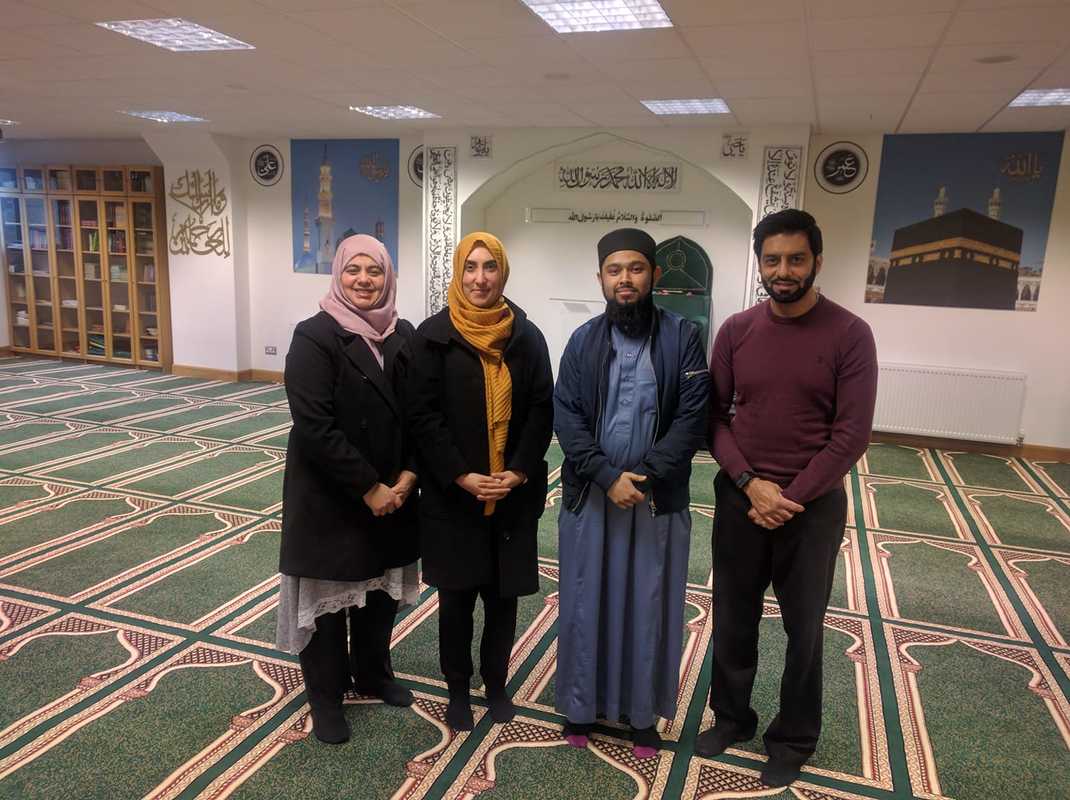 ​Dunfermline Central Mosque (DCM) and Islamic centre has been at its current location since 1995. The building was previously a Social Miners Welfare Club, and has been refurbished to accommodate the mosque and a community centre.

After hearing that Annandale Mosque in Edinburgh had taken on a female committee member, the idea was used as a springboard to encourage the DCM committee to do the same.  It was difficult, and the process was long, however they now have four female committee members out the fifteen currently appointed.  Over time, the committee formed had members with wide ranging and relevant skills, from teachers to accountants, and with a genuine interest in the welfare of the Mosque and its future.  Significantly, there is only one committee with sub-committees within it separated by area of interest – education, outreach, etc – and not by gender.  Females are full committee members.

Committee meetings are held at such times which take into account that some members have young children, thereby making a real commitment to women on the committee.

A tour of the facility took in the ground floor first where the male members had their prayer space and wudu area.  Also on this floor was a well established operational kitchen, which included a tandoor! Upstairs also had a wudu area, a baby changing area, a main hall for women to pray (which included a stage) and an area identified as a “community space” where classes and other events take place; this area had a kitchen to the side.

Their prayer spaces are very flexible with the downstairs area being easily separated into two smaller spaces via folding doors.  The prayer space upstairs, which is commonly the female space, is sometimes used by the men and the ladies given space downstairs if needed. It gives them greater flexibility with their space depending on need and creates an atmosphere of ease and accommodation.  The female space is large and airy and adjacent to the community space again adding flexibility with how space is used.

The Mosque has separate entrances which are utilised for busy times such as Eid/Jummah but otherwise there seems to be no grand entrance which adds to the feeling of equity.

It is the Mosque’s community work that really showcases the broad and forward-thinking vision the committee has. As well as regular Islamic Studies classes for adults, they have a youth group and teach iSyllabus for Schools, have regular ladies events, and organise regular clean up events.

They have opened their doors to the local community on a regular basis and have run events such as “Put the Kettle On” which was to counteract the “Punish a Muslim Day”; this event was a great success having had over 200 people visiting to learn more about Islam.
Many other community related activities take place within the Mosque, e.g. regular school visits, a “Plastic-Free Focus Meeting”, and also out in the community e.g. a “Litter Pick” and a visit by Shirley-Anne Somerville MSP.  This in turn led to the Imam leading the “Time for Reflection” session at the Scottish Parliament.  More recently “Mawlid in the City” was well received, where roses and cards (which had hadith printed on them) were handed out in the city.

With all the above and much more, it easy to see why this Mosque won an award for the “Best Outreach Programme” at the British Beacon Mosque Awards 2018, the only mosque in Scotland to be nominated.

In summary, this Mosque is run under great leadership, offering opportunities for all and recognising the important role of women in mosques.